The North Pennsmen Barbershop Chorus obtained our charter in the Barbershop Harmony Society on October 26, 1962 having been sponsored by the Delchordians Chapter from Delco, PA. The chapter quickly became invloved with our local community by offering our love of singing to various venues including retirement communities, local community events, churches, community parades and many more. We are now proud sponsors of Manna on Main Street who are committed to Ending Hunger, Building Community and Transforming Lives.

Our first show was shortly after we chartered and we have continued to put on a Spring Show every year since then. We introduced our first Christmas Show in 2006 and have been offering two shows (with two performances per show), one in the Spring and one in early December since then - we typically have about 500 attendees per performance and so "touch" about 2000 people in our community just through our Shows. We also "touch" thousands more through our local community performances which also include delivery of Singing Valentines.

We started competing shortly after we chartered and have faithfully attended and supported our conventions since then. We were overjoyed to qualify for the Mid Atlantic District competition for the first time in 1984 and have qualified every year since then. We started to regularly win the Divisional Championship starting in 2008 and have won the division 6 times bewteen 2008 and 2018. 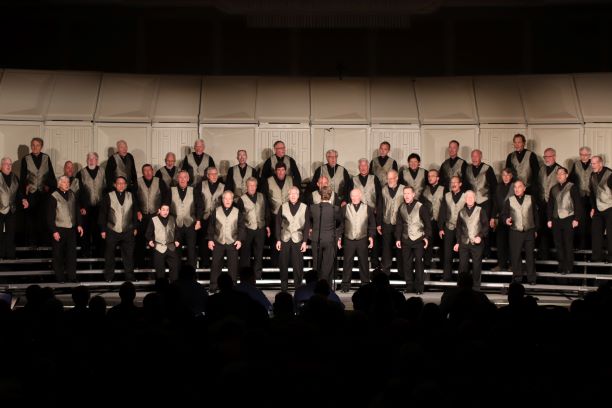